(PLATTSBURGH- Monday November 21st) -On Saturday November 19th, the City of Plattsburgh announced this year’s Holiday Parade Grand Marshal; Ben Carman, Aka “Mr. Ben”. Mr. Ben is a beloved member of the community, a staff member at the Plattsburgh Public Library and works in the Children’s Room. Mr. Ben was presented with a key to the City by Mayor Christopher Rosenquest.

“One of the greatest privileges I have as the City’s Mayor is to acknowledge those members of our community who make an impact on our day to day lives. Through his outstanding and natural dedication to reading and to our region’s youth, Mr. Ben deserves this acknowledgement and more,” added Mayor Rosenquest. “He’s a gift to this world and we’re thankful that he’s here with us today. We’re honored to acknowledge his contribution with this small token of appreciation.”

Each year, the City of Plattsburgh announces the Grand Marshal for the Holiday Parade, a title bestowed upon those who have served the community and its members in a unique and special way. In 2021, the City named Mountain Lake PBS Anchor, Thom Hallock as the Grand Marshal after a two year parade hiatus due to the Covid pandemic. This year, Mr. Ben has been given the title because of his dedication and service to the community- especially young children, teens and their caregivers, at the Children’s Room in the Plattsburgh Public Library. During a special edition of Storytime with Mr. Ben, the City made the announcement, followed by heartfelt words, cards and letters from parents and children.

“Ben has endless patience and LOVE for all children and families in our community. He provides a safe space for families, LGBTQ+ children, teens, and adults, a space for children to receive Early Intervention services, a weekly story time that is the most interactive and fun story time that I’ve ever been to, miles & miles of crafts, book recommendations, & events for children of all ages and he does it with a smile, a hug, & endless compassion for the needs of children. Ben will drop whatever he’s doing to listen to a tale from a 3 year old, to find the perfect series for that tween reader, to clean up messes while parents wrangle their children,” said Kate Woodward Trombley, a member of the Plattsburgh Mom’s Group on Facebook and event attendee.

“Mr. Ben, and all of the staff at the Plattsburgh Public Library exemplify the fact that it’s the people, not the place, that make our public library a welcoming and wonderful place to visit. We are honored to name Mr. Ben as this year’s holiday parade Grand Marshall!” says Courtney Meisenhiemer, Community Engagement coordinator at The City of Plattsburgh.

Mr. Ben will be leading the Holiday parade which begins at 5:30PM on Saturday December 3rd in downtown Plattsburgh. The parade will follow a full day's schedule of events being held at The Strand Center for the Arts including performances of the Nutcracker Ballet, an Artisan and Crafters Market, ornament making and hot chocolate on the Strand’s front lawn. Following the Holiday Parade the tree will be lit on the front lawn of the Strand. 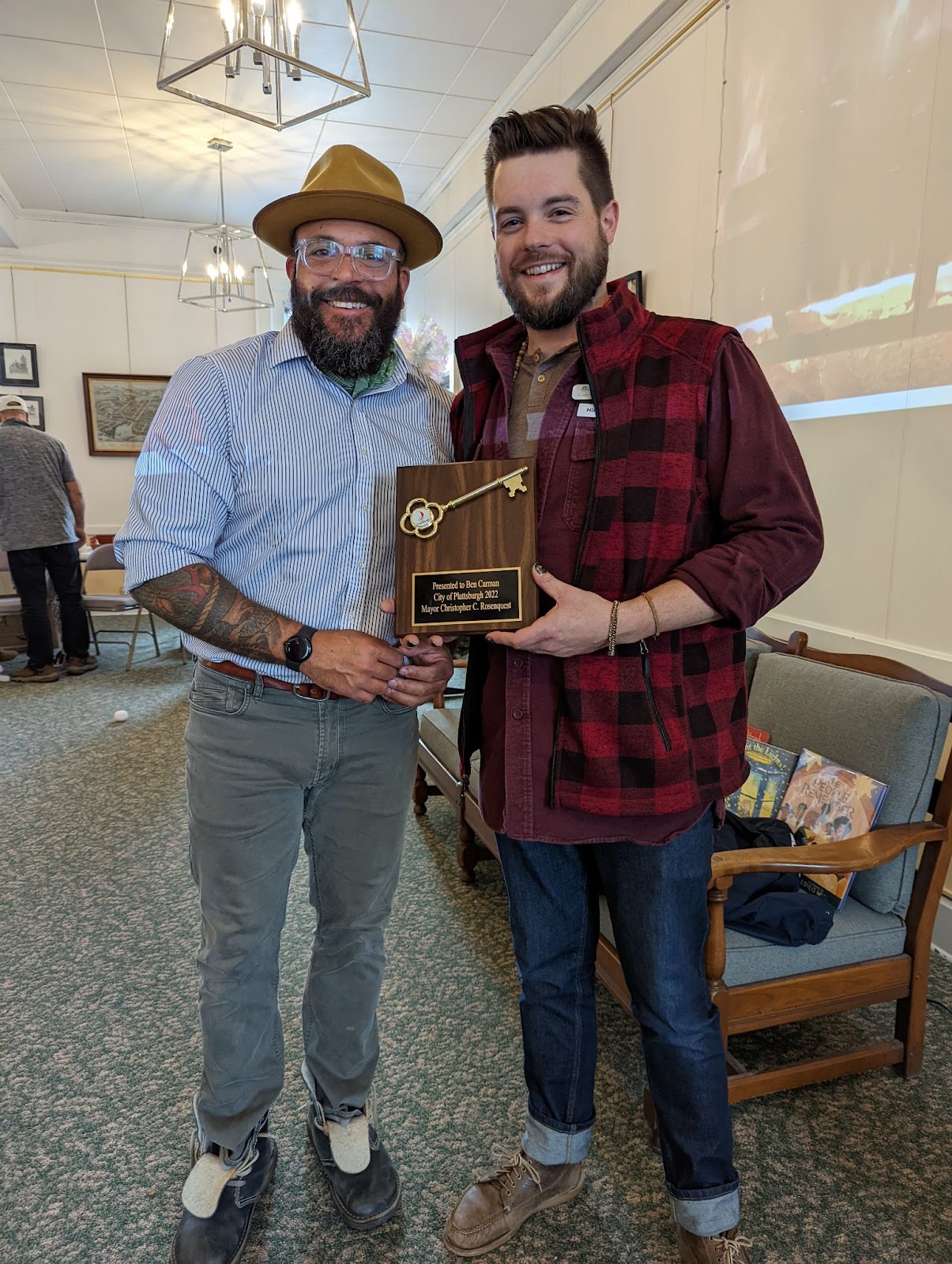